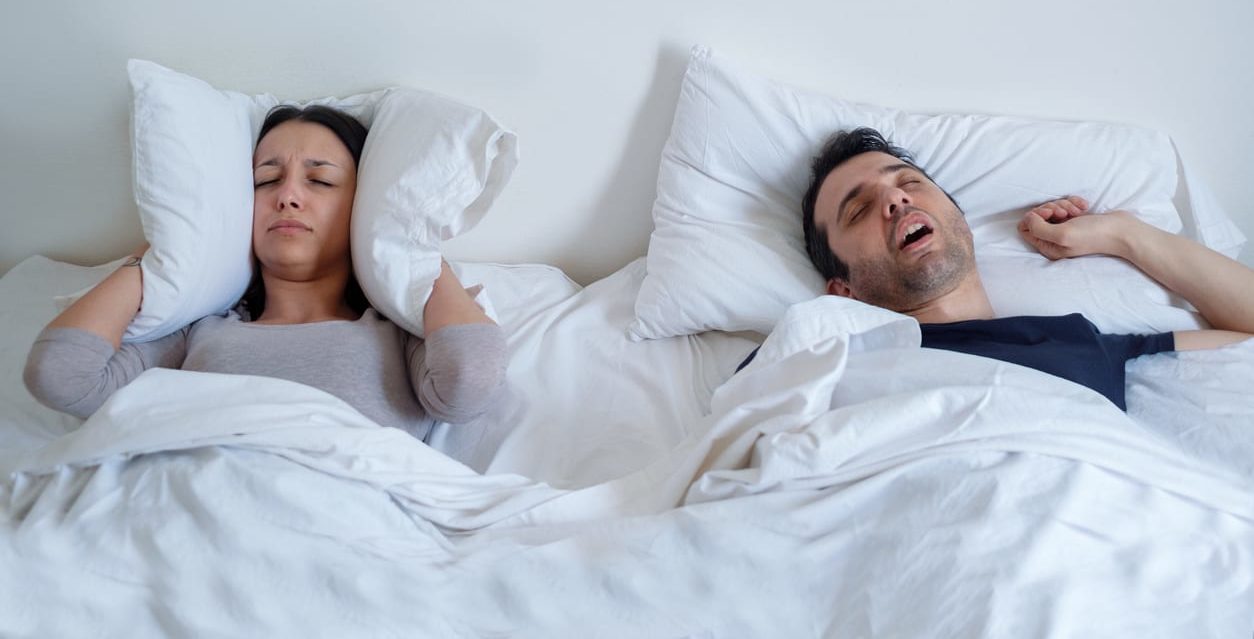 Can You Have Sleep Apnea Without Snoring?

Most people associate sleep apnea with snoring since it's the most common symptom.

As a result, some people think snoring equals having sleep apnea, which isn’t true. In fact, snoring while sleeping is normal most of the time, and it only translates to sleep apnea if accompanied by other symptoms, which we cover more below...

This drives us to the question: can you have sleep apnea without snoring? Yes, you can. It’s not that common, but it can happen.

Is It Normal To Have Sleep Apnea Without Snoring?

It’s not common since most people who suffer from sleep apnea snore, but you can have it without snoring. The thing is, snoring is more than a symptom of the sleeping condition. It’s a result of the reduced airflow, which is caused by sleep apnea.

It also results from low oxygen, which is one of the condition’s side effects. So, when you think about it, it’s inevitable that people with sleep apnea snore. Still, every different body reacts differently to the disease, so snoring doesn’t necessarily happen. Also, there are now sleep apnea pillows, which can help with both potentially help with snoring and sleep apnea.

The Difference Between Snoring & Sleep Apnea

Sleep apnea and snoring aren’t the same, and they aren’t two faces of one coin, contrary to common belief.

Sleep apnea causes the sleeping person to gasp for breath due to the blocked airways, which is kind of dangerous. As for snoring, it’s not dangerous as it doesn’t cause drops in oxygen levels.

Furthermore, snoring doesn’t necessarily wake you up at night. You might not even know you’re snoring unless your partner tells you. When it comes to sleep apnea, though, you’ll probably wake at night, and it’ll have a toll on you throughout the next day.

Sleep apnea drastically affects sleep quality, and it causes fatigue and exhaustion. As a result, the affected person becomes prone to depression and mood swings. None of those happen with snoring.

Since snoring is the common thing between both of them, let’s see how it’s different in each condition. Regular snoring will sound normal. Its frequency varies, and it stops at some point.

Meanwhile, the snoring of sleep apnea is louder, and it sounds more like choking. It’ll also be more frequent.

How Are Snoring and Sleep Apnea Similar?

Snoring and sleep apnea both leave minor symptoms that may get you confused. For example, both conditions result in a dry mouth and a sore throat because they keep the mouth open. When someone sleeps with their mouth open, they clear the way for germs to enter, which end up in the throat.

Sleep apnea and snoring are also somehow similar because they share some risk factors, such as obesity. Overweight people can be at risk of blocking their airways, whether they’re snoring normally or having sleep apnea.

There are a lot of variations of sleep apnea, but the most common type is obstructive sleep apnea. OSA causes the throat muscles to relax and block the airway, thereby causing a reduction in the oxygen level in the blood.

The most common sleep apnea symptoms are snoring, excessive sleepiness during the day, and stopped breathing during sleep. These symptoms can result in a sore throat, dry mouth, and morning headache, making these symptoms of the condition as well.

People affected with sleep apnea should visit a doctor when they notice they’re frequently waking up abruptly at night, gasping for breath. If they also encounter snoring that’s too loud and excessive sleepiness during the day, they should start taking things seriously. 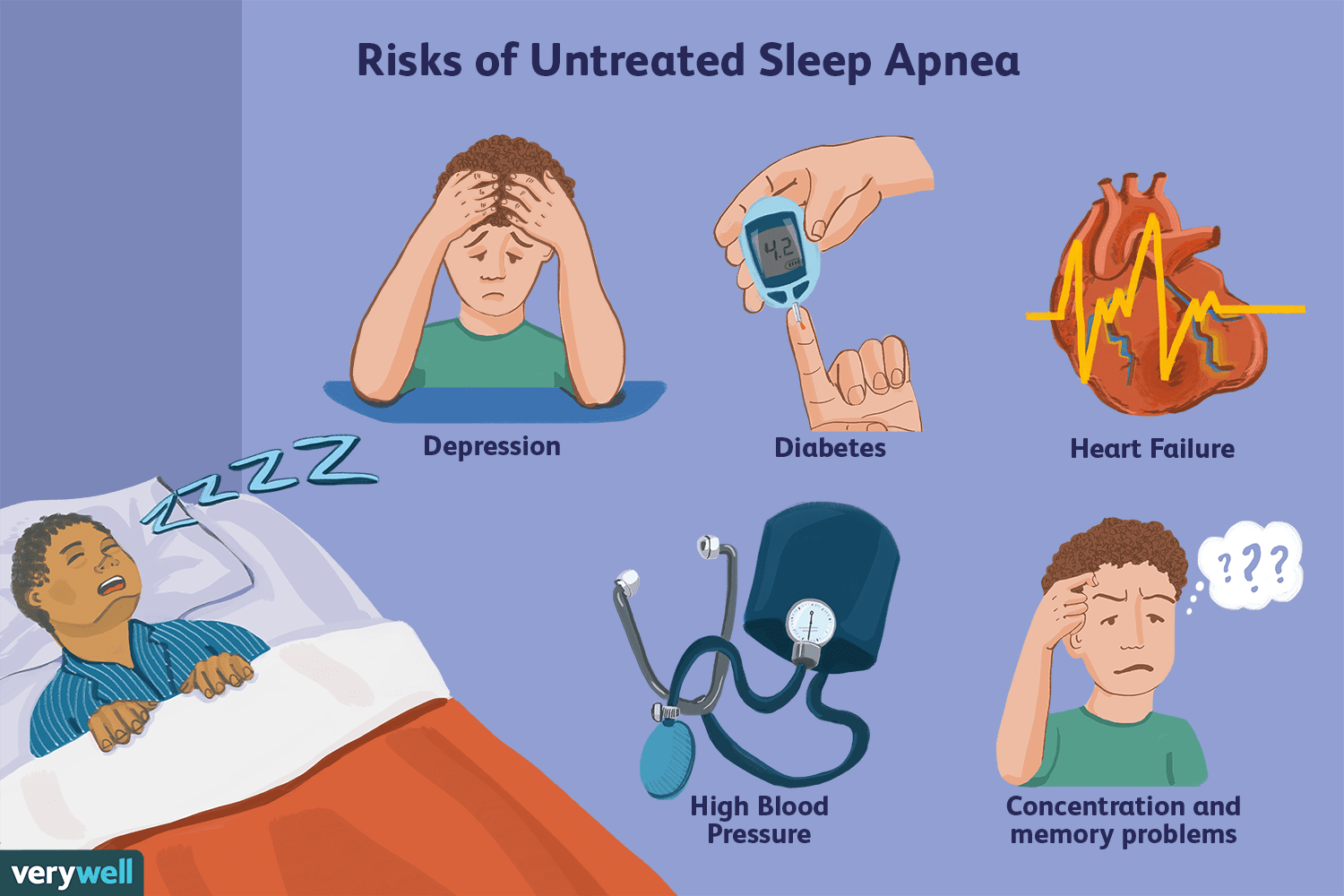 If you’re still confused about sleep apnea, snoring, and the differences between them, these frequently asked questions may help you. The answers will hopefully clear some confusion.

Does Snoring Cause You To Wake Up During Sleeping?

Not necessarily. You may not know you’re snoring if you sleep in a room alone or if your partner is a heavy sleeper. People who are overweight may wake up because their airways get obstructed, but that’s rare with snoring unless there’s an underlying condition.

Other than that, you’ll rarely wake up because of snoring, and it’ll probably be for another reason.

What Are The Reasons For Snoring?

Snoring is a result of the muscles in your tongue, throat, and mouth relaxing. As a result of the relaxation, the airway gets narrower, which causes the throat to vibrate and produce the sound.

Some factors cause snoring, such as smoking, overweight, and alcohol consumption. Some people are also born with sinus anatomy that increases the risk of it.

One more thing that causes snoring is sleeping on your back. The position causes gravity to work against you, getting your throat narrower than it should.

Sleep apnea has many common causes, such as obesity, genetics, and drinking alcohol. Nasal congestion can also cause it, along with aging.

It’s normal for people to confuse normal snoring with sleep apnea since they’re closely associated. However, you need to learn the differences so you know when you need to visit the doctor and when you merely need to adjust your sleeping position.

Some people can have sleep apnea without snoring, but it’s rare. Snoring is one of the most common symptoms of this common sleeping condition, but that doesn’t mean all snoring is sleep apnea. As long as you've got your facts straight, there’s no need to worry!

Hello! My name is James, a researcher of pillows and getting a great night’s sleep with over 10 years of experience! Graduate of the University of Kansas with a Physiology Degree. I enjoy writing, camping, reading, traveling abroad, swimming, and educational research. Contact me at the social links below!